Download Whisper My Secret NOW!
How does a mother cope when she is forced to walk away from her three children and never see them again?

That is what happened to my mother, Myrtle. Eventually, rescued from her despair by tall, dark and handsome George Rowley who fell in love her, Myrtle started a new life and had seven more children. She buried the grief of losing her first children deep within and kept her pain secret. My siblings and I were unaware of the existence of Myrtle’s other three children until after she died.

Desperate to know how such a thing could happen to a devoted and caring mother, I went on a journey to find out. What I discovered was a heartbreaking story of loss. It was a long time before I was able to work out that my mother had kept her early life and her first family secret out of misplaced guilt and shame. To redress that, I decided to tell the whole world my mother’s secret. Whisper My Secret is a proud declaration that Myrtle did nothing deserving of guilt or shame.

#1 Best Seller! Whisper My Secret consistently reaches #1 in Amazon's Adoption Category. I'm thrilled to say that the sequel, Mother of Ten, has also reached #1 in its category on more than one occasion. Perhaps even more thrilling was the inclusion in April 2020 of Whisper My Secret in the list of Best Adoption Books Of All Time. 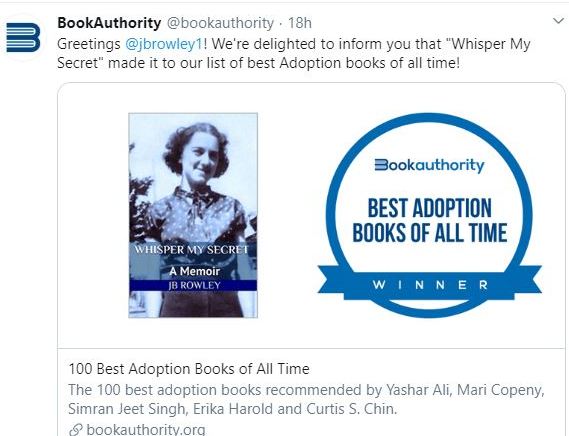 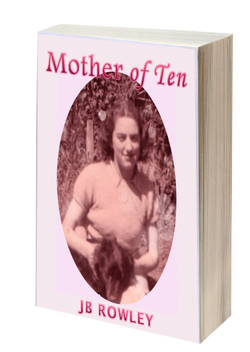 Mother of Ten
My mother’s first three children grew up without any knowledge of their mother after Myrtle was forced to give them up when they were still toddlers. Not only were the children deprived of contact with their mother, they also grew up devoid of any knowledge of each other after being placed in separate facilities.  In Mother of Ten, the sequel to Whisper My Secret, I explore what happened to the three half-siblings I never knew.

Although the devastating loss of her first three children remained with her, Myrtle became a caring and committed mother of seven more children living in near isolation in the Australian bush. My mother’s strength of character is matched in her first three children who survived and thrived despite being cheated of the nurturing that should have been their birthright.

Their stories are sad, sometimes heartbreaking but ultimately courageous and inspiring. 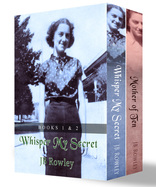 Two books in one!